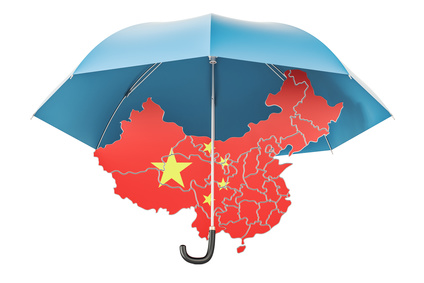 Insurance sales in China and its offshore cities follow the model laid down by The Man from the Pru in 1949. In Hong Kong alone, 100,000 pavement pounders set out each morning to drum up business on their phones. South China Morning Post says top China insurance salespeople are in high demand with poaching rife. However, it is unlikely money trades hands at the level of the football transfer window. The leading Chinese online media confirms China Life has 1.58 million agents, while Ping An insurer has 1.2. There are developments afoot South China Morning Post thinks will change the current insurance umbrella. China Life is teaming with web services company Baidu. Ping An is going it alone but pumping 1.1 billion US into high tech upgrades. Clearly, both are shifting focus from brick and mortar agents to technology. Are they phasing relationship management out, and ringing in artificial intelligence sniping instead.

We do not think the vast armies of salespeople will vanish in the near future. China Life and Ping An agents target family, friends and contacts where relationships matter. In fact, both firms previously boasted they plan to grow their number. Thus, it seems more likely the firms could be reaching out to new markets, like Gen Z city dwellers leaving digital trails instead of footsteps. Ping An appears to be a step ahead. It has been expanding its online reach over the past five years, at a cost of 1 billion US dollars annually. It has platforms for healthcare, medical, motor insurance, and real estate businesses. Now it wants to expand into wealth management and internet lending.

What This Means for Smaller Chinese Insurers

Niche insurance providers could lose their markets, as the Asian giants edge away from personal selling towards mechanised touch points. Chairman Moses Cheng of the Hong Kong Independent Insurance Authority wants these smaller entities to develop their own fintech capabilities to stay in touch.

The Actuary mag identified China and India as top priority markets for Britain after Brexit last December. The hack could swing either way with large China insurance companies coming on line with artificial intelligence-related technology. Auger will do whatever it takes to keep you informed as the story unfolds. It’s more than a job to us, and we are with you from start to finish in all things.