Is Insurance Experience Good or Bad 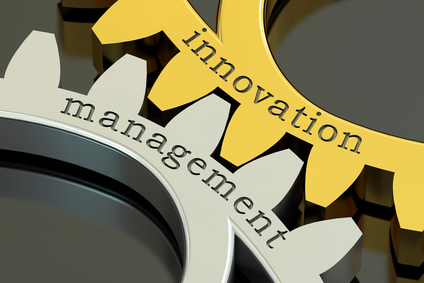 Ron Ashkenas posted ‘Manager Needed: No Experience Preferred’ in Forbes in 2012, and it’s still a runner. This office debate is as old as royalty itself. Should the board appoint from within or without? Does the next in line take the throne or is there space for a pretender? We will leave it there, and get back to safer ground away from politics.

Ron Ashkenas wrote his post after chatting with the President and CEO of North Shore-LIJ Health System, now Northwell Health and one of the biggest providers in North America. The executive ascribed his company’s success to ‘the fact that traditional ‘experience’ is not a precondition for hiring new managers. In fact, in many cases it's a liability’ he went on to explain: ‘We're in an industry that needs to change and re-examine almost every facet of how we do business. So people who have been trained and reinforced in the traditional ways of running hospitals and health system departments often don't look at doing things in new and creative ways.

‘They don't challenge everything and ask tough questions. Instead, they're locked into the old paradigms. So the last thing we need is someone with that kind of experience.’ At the time, his company was more interested in ‘passion for improving patient care, the ability to think outside the box, openness to learning, being a self-starter, and the capability to work as part of a team.’

This links across to the debate regarding traditional versus disruptive, tech insurance. Are traditional UK insurance providers able to adapt to a new world where global retail ecommerce sales touched $22 trillion in 2016, and accounted for 8.7% of overall worldwide retail spend. Or do we need pretenders to breathe new life?

Jonathan Smith presented Insurance Post with a spread of new ‘insurance pretenders’ in his second part of ‘A Dozen UK and European Insurtech Start-ups to Watch in 2017 and Beyond.’ Some of these may make it to the Digital World Symposium on 31 October coming up, and are thus worth watching. Meet Mia on Jonathan’s list chimes nicely with Northwell Health’s thinking per Ron Ashkenas. It is in discussions with the Financial Conduct Authority regarding its proposal to help clients manage their insurance via a chatbot. Its founders are quite chuffed that they have no direct experience in the industry.

“As we’ve been designing our first product a little naivety, “ they blog, “means we can come up with ideas that those who are constrained by the assumptions and constraints of the insurance industry would struggle to replicate ... That said, you then need an expert on hand to help you shape that idea into something that’s actually feasible. And the sooner you can find these experts, the better.”

At Auger, we lock firmly into the idea of focusing on new technology to position us on the forefront. We do whatever it takes to provide well-grounded assessment reports, and use our bespoke technology and tenacious people to deliver trustworthy information sooner.